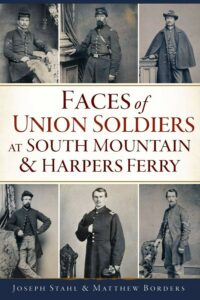 The first Confederate invasion of the North in the fall of 1862 led to a series of engagements known as the Maryland Campaign. Though best remembered for its climax, there was desperate fighting at both South Mountain and Harpers Ferry prior to the bloodletting at Antietam Creek. These battles in particular were desperate affairs of bloody attacks and determined defense.  In their second book working together, Antietam Battlefield Guides – Matthew Borders and Joseph Stahl present the images of Union soldiers who struggled up the slopes of South Mountain or sheltered from Confederate cannons at Harpers Ferry.

On June 29th, join Matt and Joe as they introduce you to some of  these men, their battles and their stories during their presentation – “Union Faces of South Mountain and Harpers Ferry”. 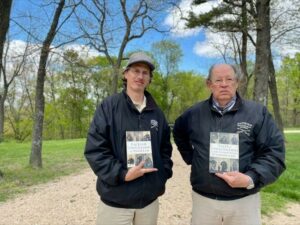 Matthew Borders is a graduate of Michigan State and Eastern Michigan University, with a BA in United States History and a MS in Historic Preservation. He taught at Kalamazoo Valley Community College before excepting a position with the National Park Service’s American Battlefield Protection Program. He was the historian for the ABPP for six years, during which time he became a certified battlefield guide at Antietam National Battlefield. Currently Matthew is a park ranger at Monocacy National Battlefield in Frederick, Maryland. He, along with fellow guide Joe Stahl, have published three books in their Faces of Union Soldiers series.

The Faces of Union Soldiers books are available for purchase at the Antietam Mercantile Company.