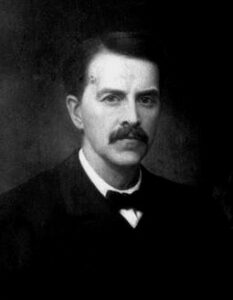 Rev. John Schildt will be our final speaker of the season on Wednesday, August 25th with “Hunter Holmes McGuire: Doctor in Grey”.    This Winchester physician was Jackson’s doctor and Chief Medical Officer of the Second Corps, ANV.  He supervised the transportation of the wounded from Sharpsburg to Shepherdstown.  After the war McGuire was Richmond’s foremost doctor and he established medical record keeping at St. Luke’s Hospital in Richmond.  Held in esteem by his peers, he was elected President of the AMA.  Ahead of his time. McGuire advocated a national Department of Health and Welfare in the 1890’s. McGuire wrote extensively on medicine, the South and Jackson. His statue on the capital grounds was dedicated in 1904.   John has written a book with the same title as the lecture.