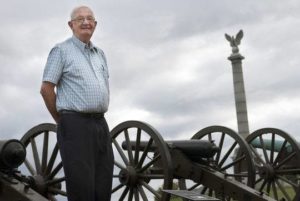 Rev. John Schildt will be our final speaker of the season on Wednesday, August 26th.  Many historians tend not to discuss the hypothetical, but John often asks, “What if…”.  John will present his Summer Lecture Series talk – “”The ‘What Ifs’ of the Maryland Campaign”.  John will contemplate, what if Order No. 191 had not been found;  what if Franklin had moved more swiftly on September 13 and 15; what if Reno had not be killed; what if Lee had withdrawn to Virginia after the capture of Harpers Ferry and many more ‘What Ifs’.