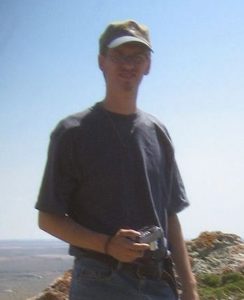 Currently Matthew is a Park Ranger at Monocacy National Battlefield in Frederick, Maryland and along with fellow guide, Joe Stahl, recently published his first book, Faces of Union Soldiers at Antietam. In 2019 he was honored to be the recipient of the Save Historic Antietam Foundation’s Dr. Joseph Harsh Award for his research topic: The Loudoun Valley Campaign of 1862: McClellan’s Final Advance.

McClellan surrendering the command of the Army of the Potomac to General Burnside.—drawn by A. R. Waud

The purpose of this research was to look into the thirteen days prior to McClellen being removed from command of the Army of the Potomac, October 26th – November 7th, 1862. This period has generally been overlooked by Civil War history, however, the gravity of McClellan’s final campaign, and the opportunities that it offered, should not be. Had his campaign been allowed to reach its conclusion it is possible that much of the popular opinion of General McClellan, and how he waged his campaigns, would be drastically different.

​Join us on Wednesday, August 5th, for Antietam Battlefield Guide Matt Borders’ discussion about his research on “The Loudoun Valley Campaign of 1862: McClellan’s Final Advance”.