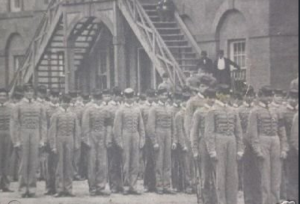 I am a native Idahoan who moved east in 2010 to volunteer at Antietam National Battlefield. I have multiple degrees in mining engineering and history from the University of Idaho. I have published a number of articles on Idaho mining history and won awards for photographs from the International California Mining Journal and the American Battlefield Trust and am currently working on a book about a career army officer Colonel Benjamin Franklin Davis. I have been a guide at Antietam since 2014.