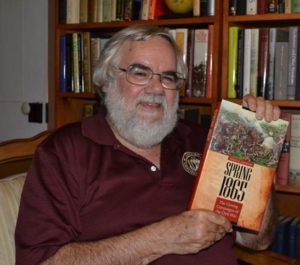 On Wednesday, July 26th, Perry will present his Summer Lecture Series talk – The Battle of Five Forks.  On Saturday April 1, 1865, Federal infantry and cavalry crushed a force of about nine thousand Southerners at Five Forks, Virginia, a country crossroads about fourteen miles southwest of Petersburg. This small, but strategically important, battle led directly to the Confederates’ loss of Petersburg and Richmond, and to the final retreat of Gen. Robert E. Lee’s Army of Northern Virginia.