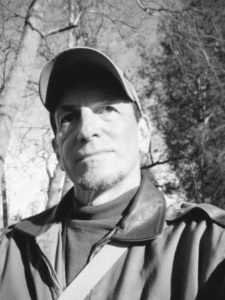 Bill is a life-long student of the Civil War in his 11th year as an Antietam Battlefield guide. A student of linear tactics and leadership, he focuses on decision-making and opportunities during a battle. In addition to being a guide, he is a volunteer at Antietam and has volunteered and participated in programs at Gettysburg and Richmond National Military Parks.

On Wednesday, August 10, Bill Sagle will present his  Summer Lecture Series talk called, “Hood’s Attack: The Confederate’s Best Chance at Sharpsburg “. “The most terrible clash of arms…” is how Confederate General John Bell Hood described the attack of his small division at the Battle of Antietam. In less than thirty minutes, Hood’s soldiers drove Union troops nearly three hundred yards across the fields north of Sharpsburg in what was arguably the zenith of the Confederate Army’s effort in the battle.  Bill will discuss General Hood and the action of his division at Antietam.

These Wednesday evening programs are free and open to the public. They will be held outdoors on the grounds of the Jacob Rohrbach Inn at 7:oo p.m. Feel free to bring a chair or blanket to sit around the event tent. In case of inclement weather talks will be moved to the Sharpsburg Christ Reformed Church of Christ. Parking is available on Main and Hall Streets. Check our Facebook page for updates.