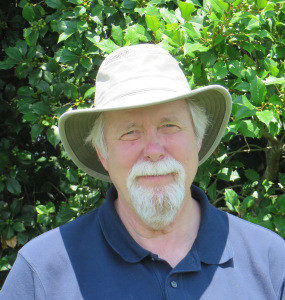 Gerald Talbert earned a BS degree from Drexel University and a MSB (Masters of Science in Business) degree from Johns Hopkins University. He is an independent consultant working with national, state and local organizations on agricultural conservation projects with farmers including a farm stewardship certification program, climate change, nutrient and carbon trading, renewable energy and pollinator habit establishment. Gerald became interested in the Civil War over 20 years ago while serving as president of Historic Ellicott City, Inc. which involved overseeing the operation of the B&O Railroad Station Museum in Ellicott City, the first railroad terminus in the United States, built in 1830. He has focused on the Battle of Antietam for the past five years, serving as a volunteer and an Antietam Battlefield Guide, certified by the National Park Service.

On Wednesday, June 8th  Gerald Talbert will present his  Summer Lecture Series talk – “Too Afraid to Cry: The Impact of War on the Civilians of Sharpsburg”.  The 1862 Maryland Campaign fought three battles: South Mountain, Harpers Ferry and Antietam, the bloodiest day in American history. While the Union Army of the Potomac and the Confederate Army of Northern Virginia suffered horrendous casualties totaling over 28,600 killed and wounded soldiers, the civilians in the towns and farms of a peaceful Victorian American countryside, through which two armies passed and fought, suffered life-changing loss and depredation for years afterward. This presentation will examine the impact of direct warfare, its aftermath and the demands of armies totaling over 110,000 men on the citizens of Frederick, Middletown, Boonsboro and Sharpsburg, Maryland.

These Wednesday evening programs are free and open to the public. They will be held outdoors on the grounds of the Jacob Rohrbach Inn at 7:oo p.m. Feel free to bring a chair or blanket to sit around the event tent. In case of inclement weather talks will be cancelled. Parking is available on Main and Hall Streets. Check our Facebook page for updates.