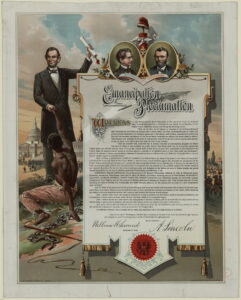 When we think of the Battle of Antietam, many think of the 23,100 casualties that resulted in the twelve hours of ferocious combat. We also relate Antietam to the battle that ended the Confederacy’s first invasion into the North.  Seldom do we connect this strategic victory to President Lincoln’s announcement of the Preliminary Emancipation Proclamation and what that meant for the enslaved African Americans right here in the Sharpsburg area.  We are so fortunate to have a new National Historic Landmark site in Sharpsburg to tell the story of our African American community. This beacon of hope shares their experiences during the Civil War, their new found freedom, and their efforts to build a community around their religion and education.  The Tolson’s Chapel and School is that symbolic beacon.

The beginning of Tolson’s Chapel

The Emancipation Proclamation did not grant freedom to the enslaved African Americans in Maryland on January 1. 1863.  They would have to wait until the state of Maryland changed their constitution on November 1, 1864.  Soon after, a Black Methodist preacher named John R. Tolson, organized members of the local Methodist Episcopal Church and they established their independent congregation by 1866. That year, they built a small log and frame church on land that was deeded to the trustees of the church by Samuel Craig, who was a free African American before the war and owned property on the south side of Sharpsburg. 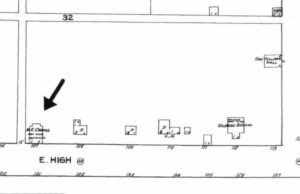 The start of a school

Seeking ways to provide education to their children and adults, the African American community of Sharpsburg offered the use of their church to the Freedman’s Bureau in 1868. For two years the church was used as a school, with as many as 25 students. After Congress discontinued the Freedman’s Bureau operations in 1870, Washington County School Board assumed the responsibility of providing educational opportunities to its black residents.  The school continued to be operated at Tolson’s Chapel until 1899, when the county built a frame schoolhouse on High Street called the Sharpsburg Colored School.

Along with supporting the school, the congregation grew both in numbers and activities. In the latter half of the 19th century the chapel continued to hold Sunday services, Sunday school, fairs, and festivals. In 1883, the trustees purchased the back half of the lot behind the chapel to be used as a cemetery.  It’s believed that it may have been used for burials as early as 1871.  The Tolson’s Chapel cemetery holds many of the earlier members including Hilary Watson, Jerry Summers, David B. Simons and his son, Rev. James F. Simons. 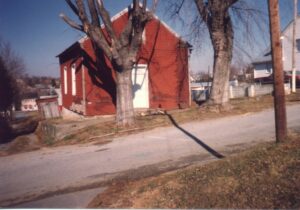 Although the Tolson’s Chapel congregation remained active through the early 1900’s, by the 1950s, the number of members declined as African Americans moved out of Sharpsburg. The church was deconsecrated in 1998, two years after the death of the last surviving member, Virginia Cook.  Soon after this the building fell into disrepair. Fortunately in 2002, the Baltimore-Washington Conference of the United Methodist Church sold the building to a local preservation group, the Save Historic Antietam Foundation (SHAF).  By 2004, the Friends of Tolson’s Chapel (FOTC) was established as a 501(c)(3) non-profit association dedicated to the restoration and interpretation of Tolson’s Chapel. Since then, the deed was transferred from SHAF to FOTC and a remarkable amount of restoration has been completed. Through the efforts of  the FOTC, Tolson’s Chapel was listed in the National Register of Historic Places in 2008 and designated a National Historic Landmark in January of 2021. 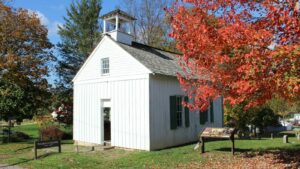 Become a Friend of Tolson’s Chapel and School

The chapel is just a short walk from the Inn and part of the Sharpsburg Historic Walking Tour.  FOTC hold special events and activities throughout the year.  We look forward to their annual “Christmas by Candlelight”.  Tours are available by appointment. To become a member or to support the Friends of Tolson’s Chapel go to their website and follow along their Facebook page for all the latest news and events.

Turn off Main Street (MD 34) in Sharpsburg onto South Mechanic Street.  Turn left on High Street and the pull in front of the chapel on the left.