You may have noticed that we’re a little behind in getting the Rohrbach INNsider out this quarter.  It’s not because we were on vacation… although we wish we were, it’s because of the renovations being done at the Inn.  Each year now during the month of January we choose a project and do some renovations.  This year we closed the whole month!  For most people that means it’s time to relax and go on vacation… but not us, it means time to get to work.

This year our number one priority was to redo the bathroom in the Antietam Room.  With an old tub-shower combo and a small vanity this one was in despite need of a face lift.

Just after New Years  Smith Renovations, LLC come in to demo and begin the work.  But as with all projects, we have learned that nothing ever goes according to the plan nor on a projected timeline. 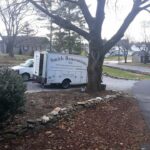 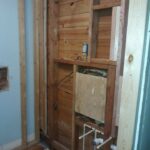 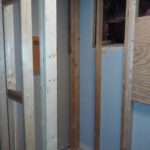 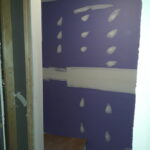 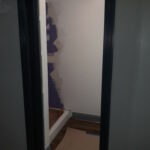 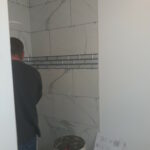 But no worries, the work progressed and we decided to freshen up the paint in the bedroom as well, so the Antietam  is an all around NEW ROOM!  Hats off to Brandon, Andrew and their dad, Bryan for doing an OUTSTANDING job. 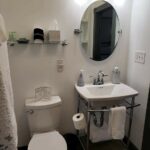 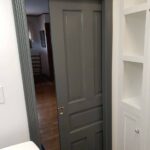 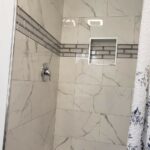 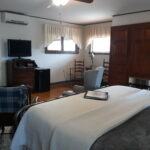 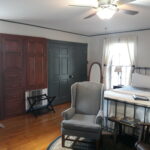 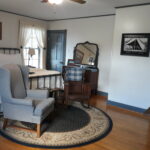 While this was going we had to do some minor repair work to the ceiling at the back entrance.  The initial plan was to replace the ceiling and repaint that space.  Well, after taking down the ceiling, and doing a little investigating, we realized that the doorway from the foyer into the hall was a more recent addition (maybe 1980’s) so we decided to remove it and open the space. 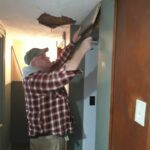 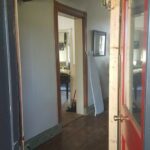 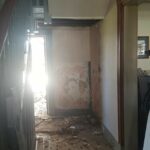 We also took down the wainscoting and wallpaper, repaired the plaster and added a ceiling light too.  It looks like a different hallway now.  So much room to come in and very welcoming with all the natural light. 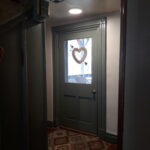 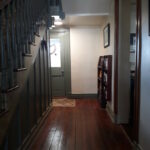 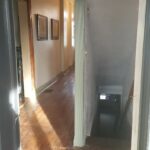 So while ALL this was going on, we were also giving the General’s Quarter a fresh new coat of paint.  Thanks to our painter and handyman, Lucas Turner for his help on these two projects. 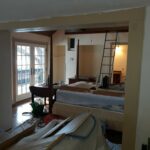 Getting ready to paint 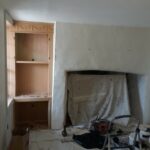 Still getting ready to paint…

WOW!  A brand new room, just a little paint and lots of TLC. 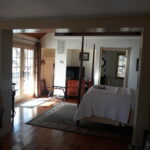 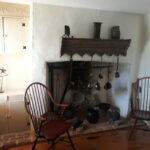 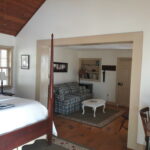 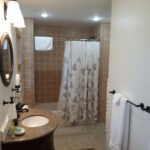 We are done for now, but there is one more big project on the horizon this spring.

Maybe next January we will actually get to take that vacation……

2 thoughts on “Renovations around the Inn”