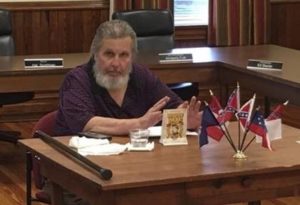 Ethnics in the Confederacy and at Sharpsburg – although the Civil War is traditionally viewed as a struggle between white Anglo Saxon Protestants, a variety of ethnic groups fought in the armies of both sides. This talk will focus on the ethnics who served with the Confederacy. Our speaker will discuss Hispanics, American Indians, Asians, Jews and other groups who wore the gray. This includes Confederates at the battle of Sharpsburg. Our speaker is the co author of National Park Service publications on both Hispanics and Asians in the Civil War.

Our Speaker – Ted Alexander is the Historian (retired) of Antietam National Battlefield where he served for more than 30 years. Mr. Alexander is the author or co author of 10 books on the Civil War, including ANTIETAM: THE BLOODIEST DAY. He is also the author of more than 200 articles and book reviews for numerous publications such as Blue and Gray Magazine, Civil War Times and The Washington Times. Mr. Alexander is a veteran of two tours in Vietnam with the U.S. Marine Corps, where he was awarded the Navy Commendation Medal with Combat V for valor.