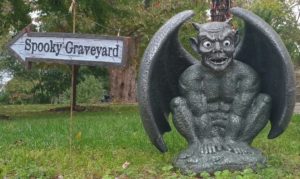 Welcome to the Rohrbach Graveyard

If you have been to the Inn in October than you know that we LOVE to decorate for Halloween. The side of the house is transformed into a “Spooky Graveyard” with tombstones, skeletons and other things that go bump in the night.  We thought it would be great to show the rest of you Halloween at the Inn.

Like clockwork, on the first of October, the young residents of Sharpsburg start watching the yard to see the transformation begin.  Each day tombstones are arrayed across the side yard.  Skeletons appear, both animal and human, along with rats and birds hoping for a meal.  Every year one or two new tombstones are erected with a catching epitaph like – “I Told You I Was Sick” or “U. R. NEXT“. 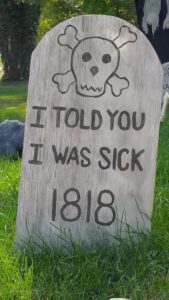 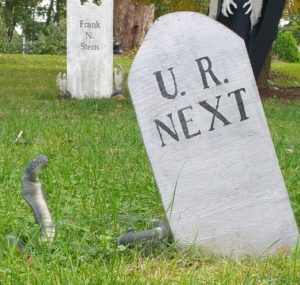 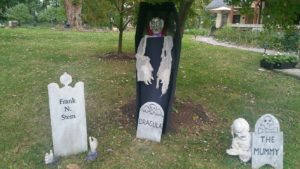 The monsters from the old scary movies are here. 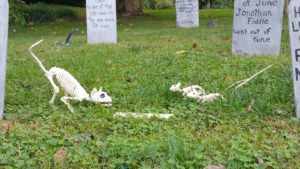 Cat & mice fighting over a bone 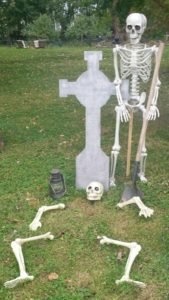 Helping a friend OUT… 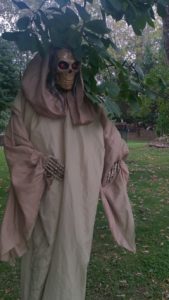 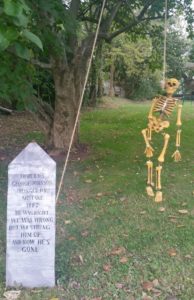 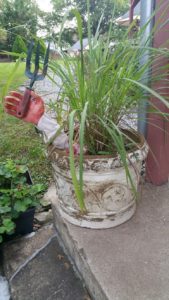 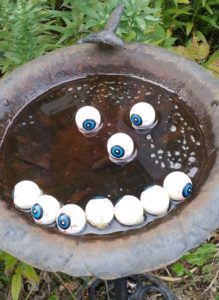 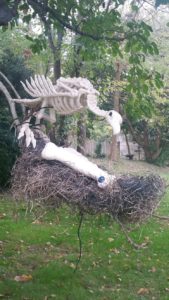 A vulture gathering some food 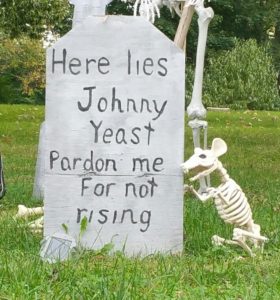 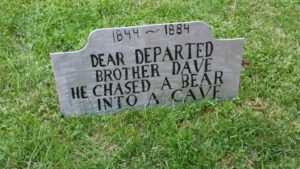 Each year we try to change some of the displays around or add something new. One year the push mower ran over a member of the ground crew and his feet were kicking from under the mower.  This year we have three new guests – our Civil War Veterans and a girl in the well. 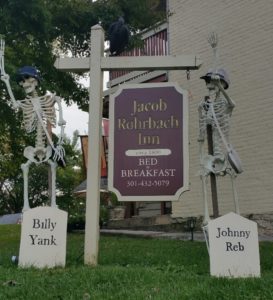 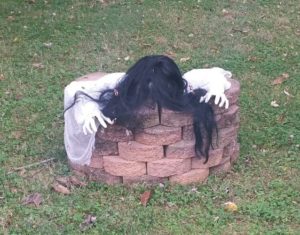 Watch out for the girl in the well 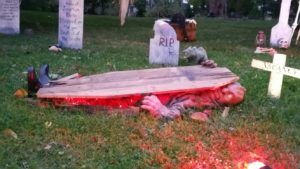 There is a vacancy at the Inn…

The front of the Inn is covered with spider webs and spiders moving to the prey they caught. 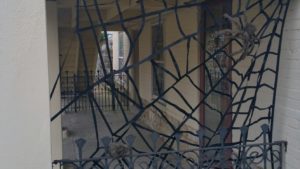 At the top of the stairs, our scary doorman awaits to greet arriving guests as rats run across the porch, away from another gigantic spider. 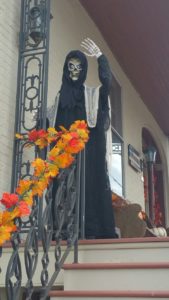 Welcome to the Inn 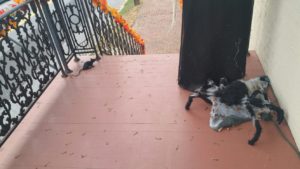 On the other side of the Inn, a crime has been committed!  Police tape has closed off an area and little yellow tags marking  evidence have been laid out.  In the center of the area, the poor victim is wrapped in a shower curtain.  The evidence markers reveal several possible murder weapons –  a frying pan; a meat tenderizing mallet; and a baseball bat.  Off to the side is a recent newspaper with the headline reading, “LOCAL INNKEEPER MISSING”. 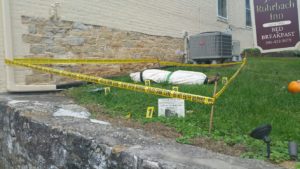 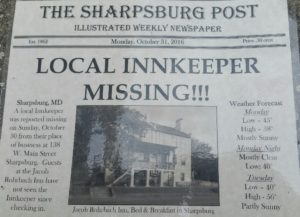 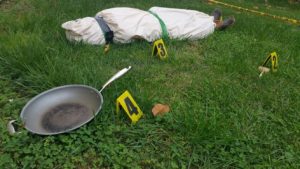 Evidence markers at the crime scene 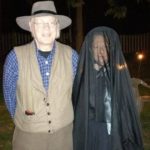 If the decorations aren’t enough to scare you, then maybe ghost stories are.  Around the middle of the month, once things start to cool off and the sun sets earlier, we hold our “Ghost Stories around the Campfire” in the backyard.  Mark and Julia Brugh, who run the Sharpsburg Civil War Ghost Tour Company, come to tell the stories of local interest and folklore.  Mark is dressed as Arron Good, a town resident who took on the task to identify the location of the burial sites of all the soldiers from the Battle of Antietam.  He would be sought out when family members returned to recover their soldiers and when the government had the dead removed from the field and interned into cemeteries.  Julia is dressed all in black, portraying a young woman in mourning as was the practice of the Victorian period. 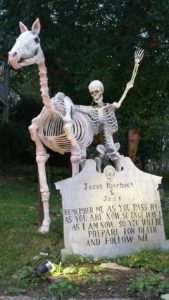 Throughout the month of October you will see Mark and Julia in front of the Inn during their Ghost Tours.  Once their guests are done scoping out the ‘Spooky Graveyard’, Mark spins the tale of Jacob Rohrbach and his murder in the house by Confederate raiders here to steal his horse.  Off to the side of the yard guests can view the gravestone of Jacob Rohrbach.  There towering above is the skeleton of his horse Jack, whose eyes light up red as he gives a scarey whinny and snort.  If that’s not enough to scare the wits out of you, I’m not sure what will.

Finally on Halloween night as Trick or Treating begins, we get dressed up in our costumes.  Haunting music begins to play around the Inn and fog goes drifting throughout the graveyard.  Witch Amy is down on the walk passing out candy from her cauldron as a Scarecrow (Chris) stalks back and forth through the graveyard waving at children as they pass by.  And of course Maya and Zoey make an appearance as the “Rohrbach Witches”.  HAPPY HALLOWEEN!! 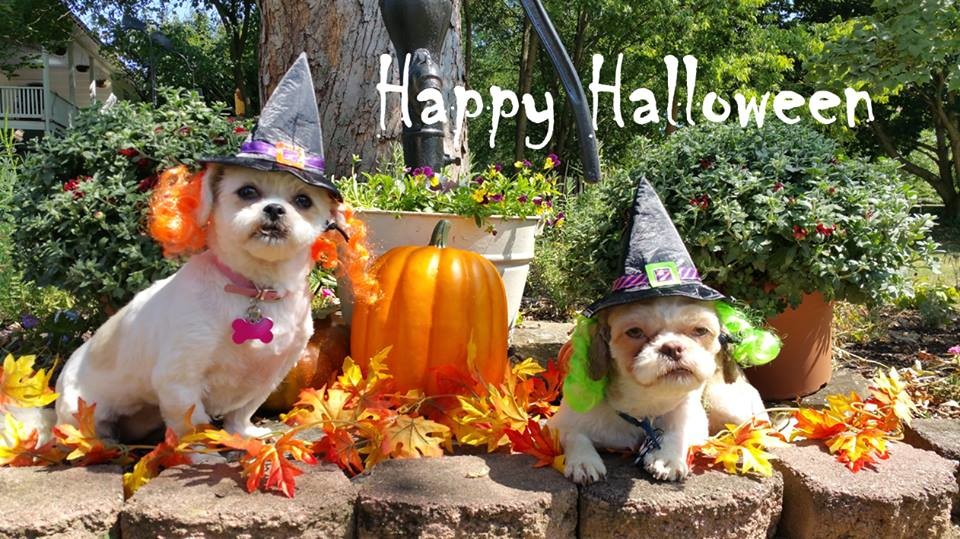