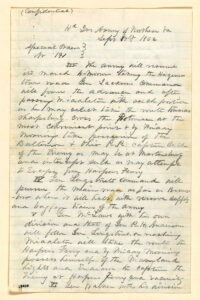 ​On Wednesday, August 19th, Dr. Alex Rossino will put a final word on the debate over the fate and impact of the Lost Orders on the history of the 1862 Maryland Campaign during his talk – “The Tale Untwisted: George McClellan and the Discovery of Lee’s Lost Orders, September 13, 1862”. 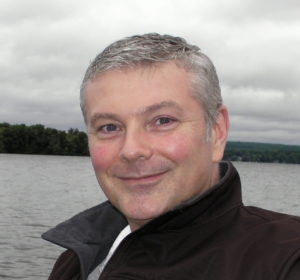 Dr. Rossino earned his PhD in History at Syracuse University in 1999. He is the author of Hitler Strikes Poland: Blitzkrieg, Ideology, and Atrocity, a study of German policies against Polish Christians and Jews during the Nazi invasion of Poland in September 1939. He worked for 9 years as an historian at the United States Holocaust Memorial Museum before moving to the private sector to provide market analysis for the government contracting community, work he continues to this day. Following a long hiatus from writing, Dr. Rossino moved to Western Maryland in 2013 and turned his studies to the American Civil War, a subject of interest to him since childhood. In 2017 he published Six Days in September: A Novel of Lee’s Army in Maryland, 1862 with Savas Beatie. The novel examines the history of the second half of the Confederate invasion of Maryland from a first-person perspective, combining history and fiction to help general readers better understand the importance of the 1862 Maryland Campaign to Robert E. Lee and his army. A sequel to the book giving the same treatment to McClellan’s army is due out in 2019. Dr. Rossino is also the author of two new articles on the Civil War in Maryland: one on the Confederate Army in Frederick and the other on George McClellan’s handling of Lee’s Lost Orders in September 1862, which he co-authored with Cartographer Gene Thorp. Last, but not least, he is the editor of Savas Beatie’s new Civil War Spotlight essay series, a service publishing historical essays on issues of importance to Civil War studies. His talk today is based on the inaugural offering in that series.