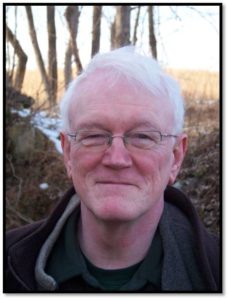 James Buchanan is a graduate of the University of Maryland, (College Park) with a M.A. History and Antioch University, with a M.A. Teaching​.  Jim was a Program Director, National Institute for Citizen Education in the Law and recently retired as a Sr. Education Specialist, Federal Judicial Center (U.S. Courts)​.  Jim is a volunteer at the C&O Canal at Great Falls and has been volunteering at Antietam National Battlefield since 2007. Jim is a Licensed Battlefield Guide and is our resident expert on the West Woods (his blog: www.Walkingthewestwoods.blogspot.com)​.

On Wednesday, July 17th, Jim will present his Summer Lecture Series talk – “Following footprints and memory: Reexamining assumptions about the fight for the West Woods“.  At just after 9 a.m. on September 17, 1862, the 15th Massachusetts Volunteers, 606 men of all ranks, met and engaged troops of the Confederate brigades of Paul Semmes, Jubal Early and William Barksdale in the West Woods. An hour later, less than half of the 15th Massachusetts would be left standing. Other regiments, both north and south, fared little better. When the West Woods struggle ended, four thousand casualties lay in the meadows, ridges and ravines of those woods. This presentation will use contemporary letters and diaries and post-battle reminiscences from both sides to better understand what happened in the woods that day. Drawing on an emerging body of new research this presentation will reexamine old assumptions about the battle for the West Woods.